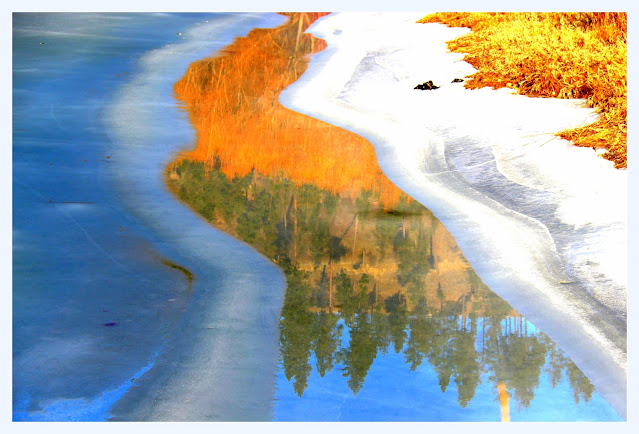 Quite often, Bill and I are pretty much the only visitors to a variety of regional outdoor spots.
That's the way it was yesterday at Twin Rivers Campground, 'cept for the geese and a few deer.
He had gone ahead to the campground northeast of Bonners Ferry where the Moyie River from the north flows into the Kootenai River, running east and west.
I believe yesterday's outing was Bill's second fishing excursion for 2021, and so far, the fish have won.
Waters are cold, but they're flowing, and to be out where rivers run through, even if the fish aren't yet biting----that's Heaven for Bill.
I told him I might drive up later but reminded him that there's no cell service in that area, so if I came, I came; if not, he would figure that out.
When I arrived, I saw his pickup, but it took me about 20 fine minutes to have a Bill sighting.
They were "fine" minutes because the sunshine was glorious and just strolling around watching geese while making my way to the water's edge fit right in to my plans of taking in the full beauty of the day.
In some places, the sun was shining so brightly, that I had to shield my eyes to search down the shorelines for a lone angler and a fly rod.
That was okay too.  Nice to have too much sunshine.
Eventually, as I walked back toward the car, planning a jaunt down a trail leading north, I spotted Bill in his red fleece holding his rod in one hand and his walking stick in the other.
We visited for a few minutes.  He said he probably wouldn't stay much longer and would pick up fish and chips in Bonners Ferry on the way home.
Music to my ears; any time I don't have to cook dinner is just fine.
We both enjoyed the gift of yesterday, which for me included some more fence painting and shopping and tidying up the house.
Twas a good and productive day indeed, and it's always a good day at Twin Rivers.
Happy Thursday. 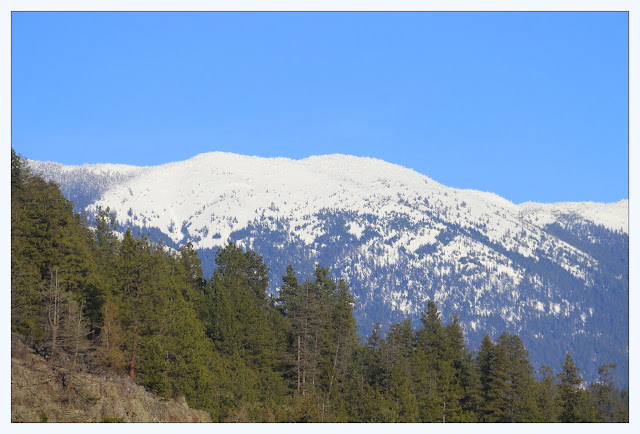 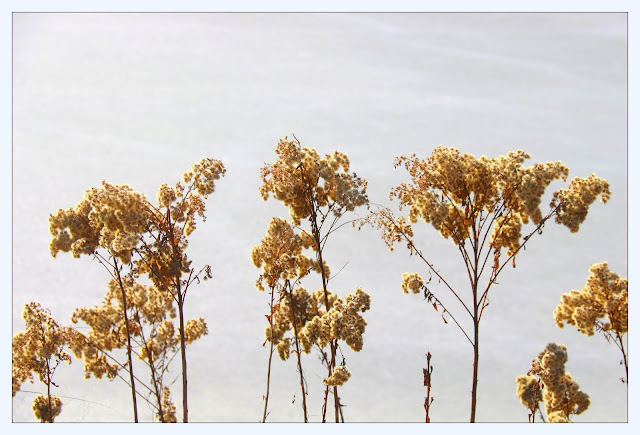 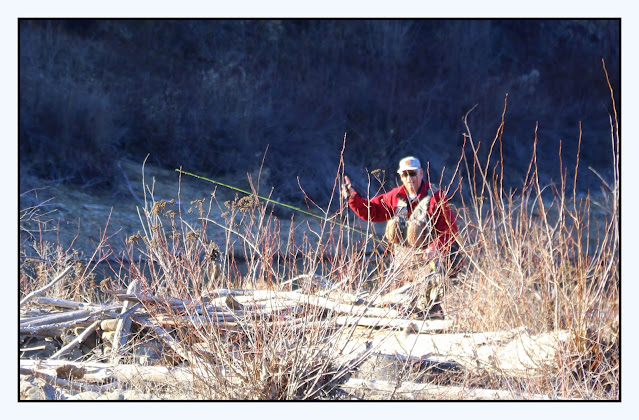 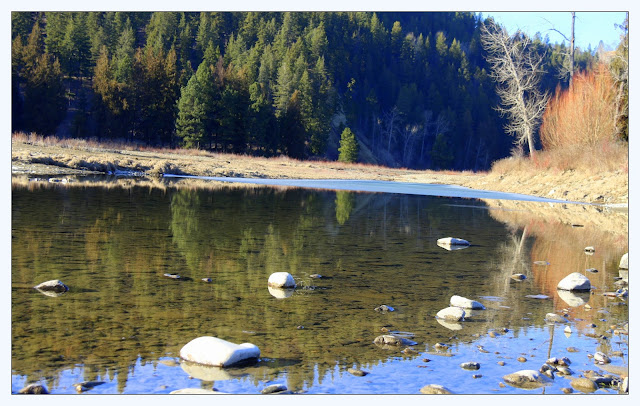 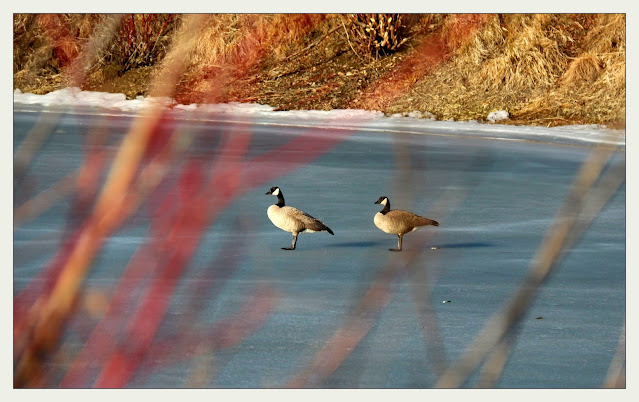 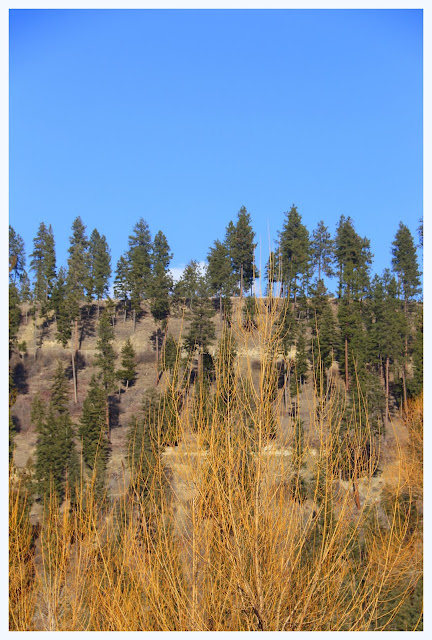 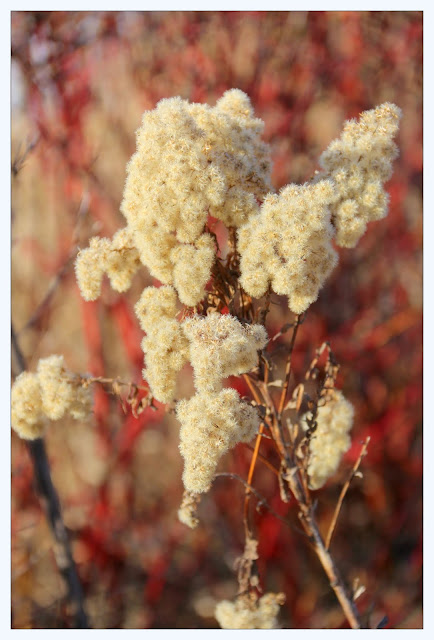 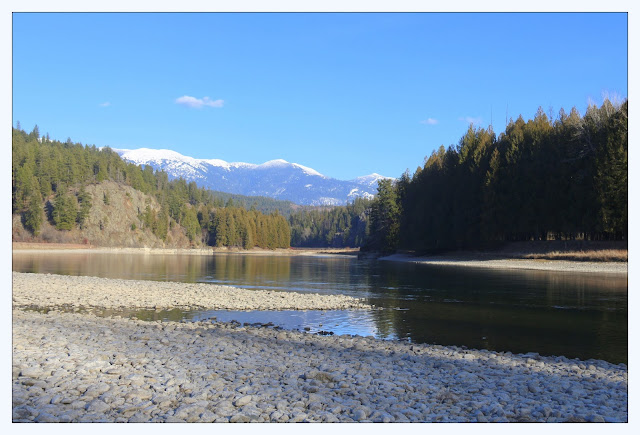 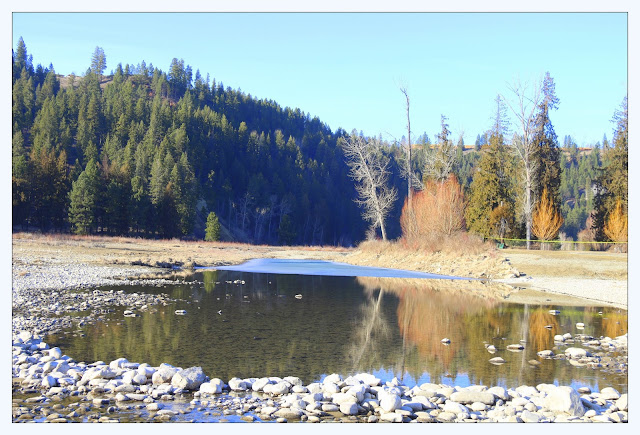 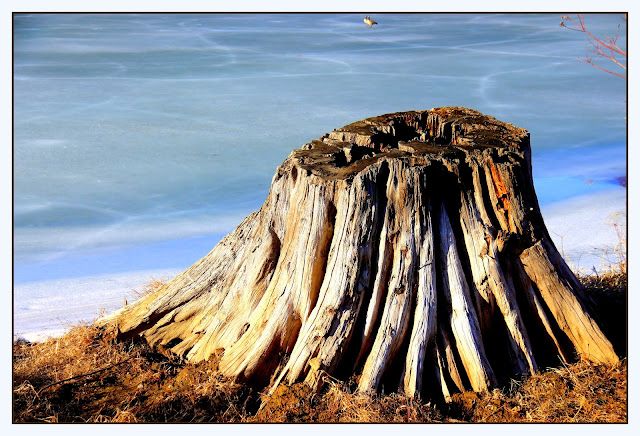 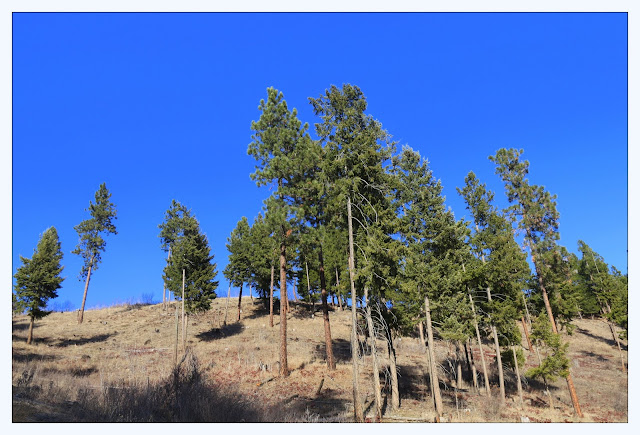 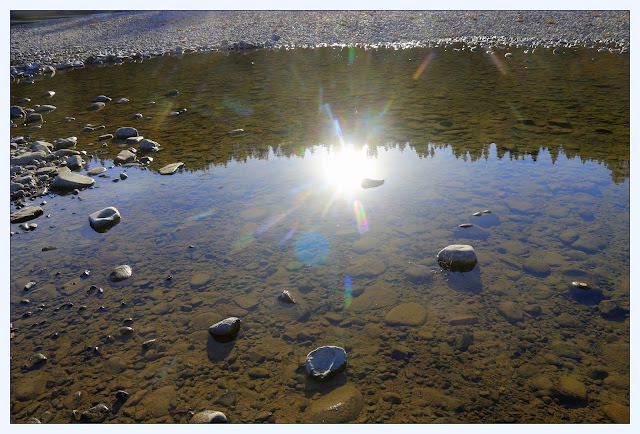 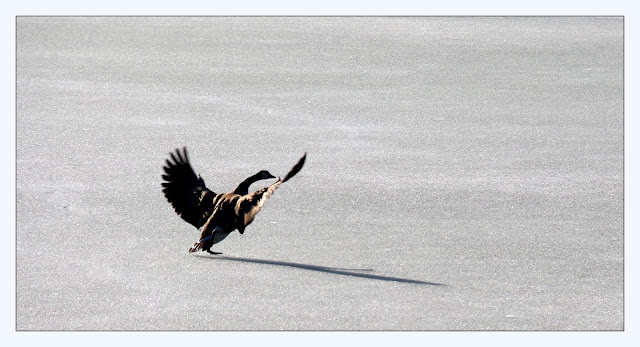 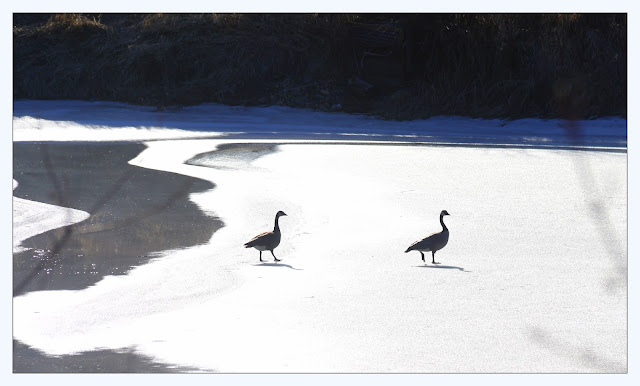 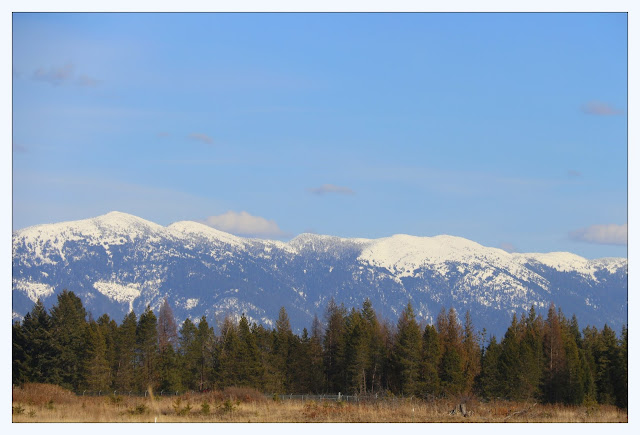 Thursday Throwbacks . . . . today, a good friend's 75th birthday and some photos of her friends at a book club meeting.  Also, a family gathering back in 2012, Debbie and Willie's wonderful foreign-exchange students ( Laura from Switzerland and Emma from Germany) and five years ago, members of the Coeur d'Alene Tribe came to Sandpoint High School to share highlights of their culture with students from the high school and Farmin-Stidwell Elementary.
Enjoy. 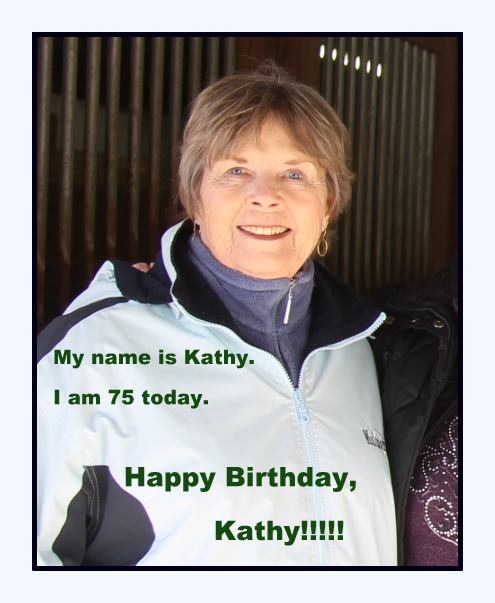 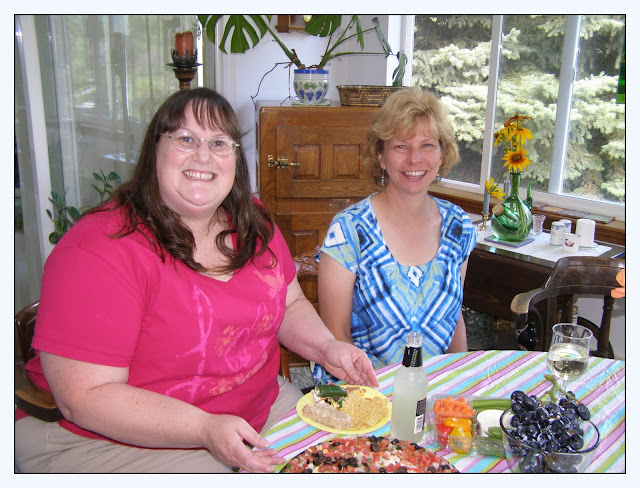 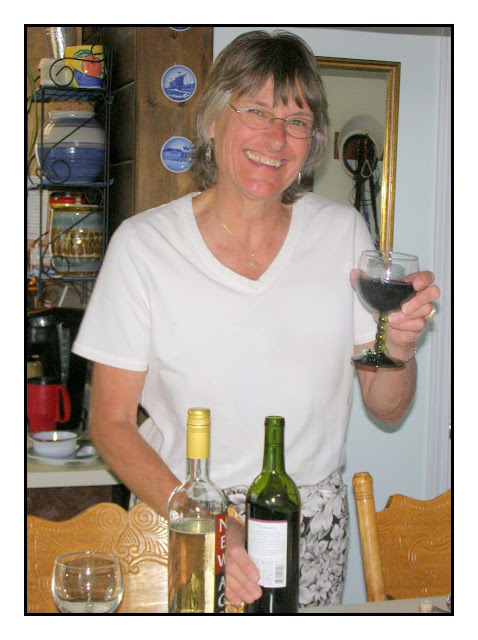 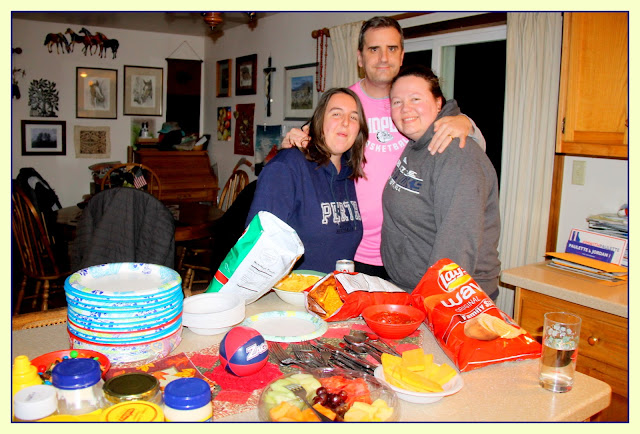 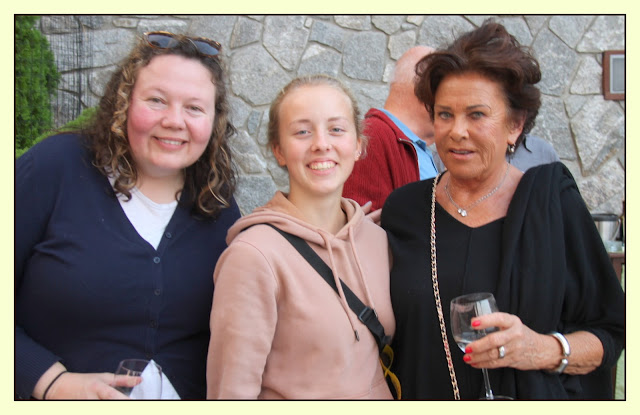 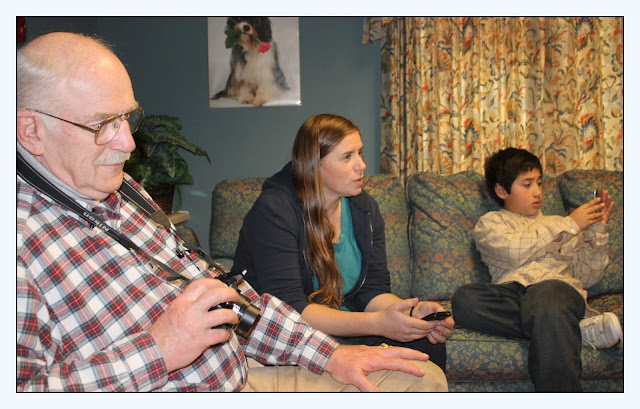 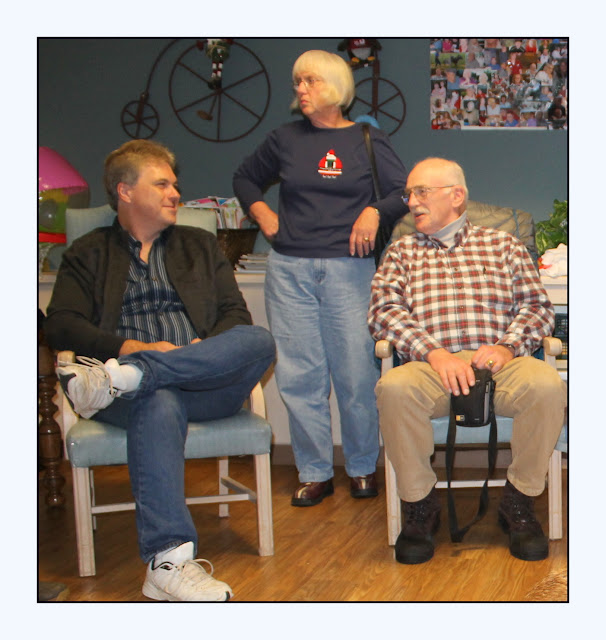 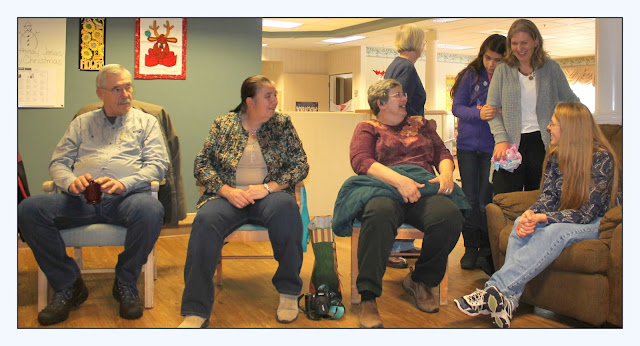 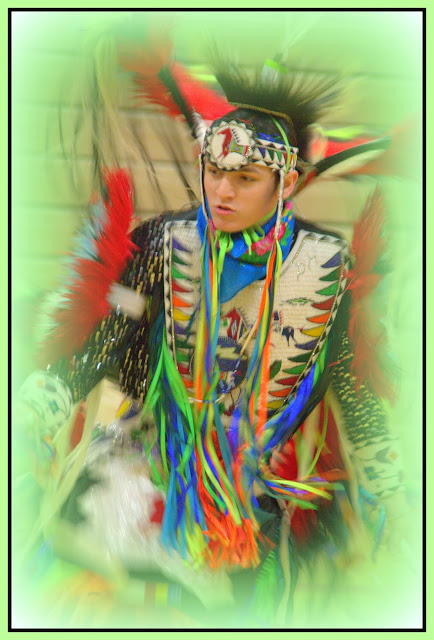 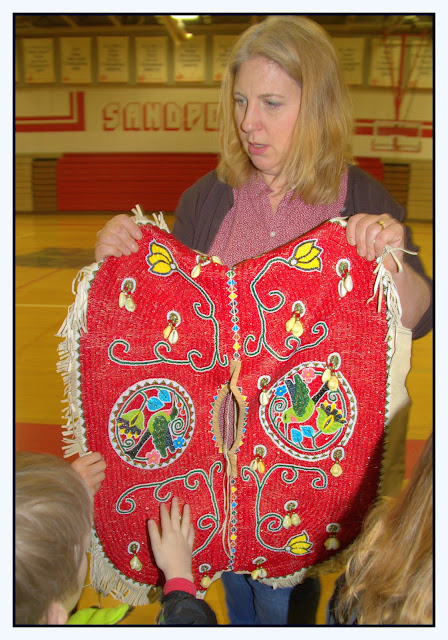 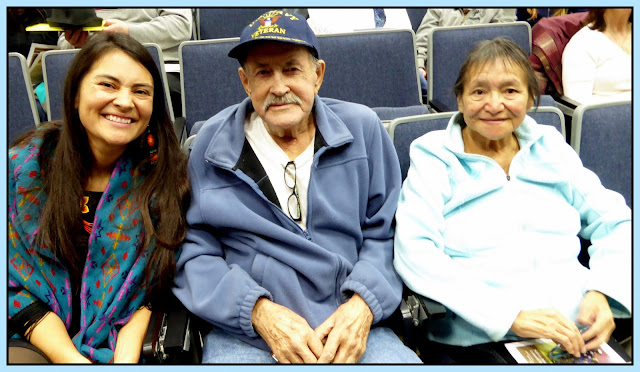 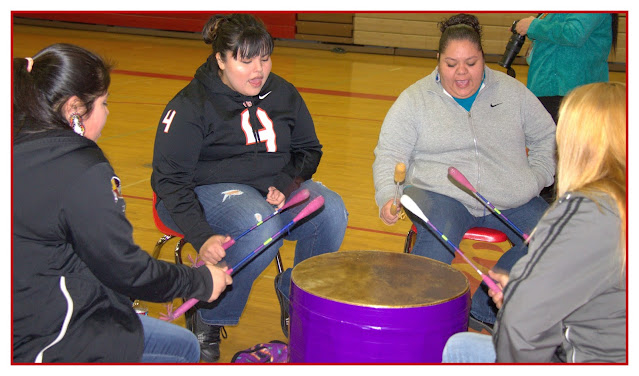