Saturday Stew: It's a Mix

"All this stuff is just WAY out of control!"

You said it well.

Mary's comment came last night after I published a rant on Facebook about my attempts to rectify the DirecTV channel usurping dilemma.

As mentioned before, we've lost two channels in our package this year.  Those channels include a large portion of the programming that we watch---Seahawks football, soon ZAGS basketball and a whole lotta other good prime time shows.

I had a brief interlude from my kitchen projects yesterday and a cup of coffee.

So, I sat down and decided to call DirecTV, like other family members had done this week when suddenly our NBC local channel disappeared.

Here's generally how I felt after the call had ended:

"No, that is all the information you will be given. We are very sorry you can’t watch your favorite shows.

They are negotiating. We do not know when you will get your channels back. Thank you for being a loyal customer. Good bye."

So, I hang up and then another one of those damn calls comes from Pocatello telling me it’s the final notice for me to get zero interest on my existing credit card. Please press 1 now.

Never mind that I’ve gotten the same final notice dozens of times and that my Social Security Card has been breached numerous times and that someone can help me with the student loans I never borrowed.

Oops, Pocatello is calling again, this time with no message. Who WAS that idiot who said, The customer is always right”?

Oops again,now I hear a ball-peen hammer going off in my head . . . .That was a doozy!

Guess I’d better stay away from that telephone.

Kurt Vonnegut, you were right on. We have arrived!

Since I felt that way, I decided to post the rant to Facebook.  Since doing so, I've ready many suggestions and expressions of frustration.

Since then, I've talked to other family members in two households with DirecTV.  In one case, they are getting an antenna adapter so they can get the local NBC station, KHQ, Channel 6.

In other case, they're getting a certain amount of money deducted from their bill.

In the Love household, we get precisely what's mentioned above:  nothing except appreciation for our 13 years of loyalty.

Armed with information that the outcome of these DirecTV loyalty calls varies, I may sit down with another cup of coffee and try one more time.

It's all out of control, as Mary said.

Well, after my telephone debacle, I went back to the kitchen and resumed my canning project.  Having canned seven pints of applesauce and seeing that the plums had cooked enough for juice, I set up the jelly bag.

Then, I thought about Annie and her missing bag. So, I sent her a text and asked if it had arrived.  After all, it was almost midnight in Manchester, England.

No, it had not, and Annie was to the point that she'd never see it again.  Besides, the messages from the airline described a gray suitcase, not a backpack.

I tried to reassure her that if they said a bag was coming, maybe they made a mistake with the description.

After that interchange, I returned the jelly bag operation, and as many Facebook friends know, that kinda went out of control in a split second.

Don't wear Crocs on kitchen floors, especially if there's water on the floor.  Crocs will kill you OR almost.

When I hit that floor, I don't know which entity made the loudest "splat,"  me or the bucket of plums.

I do know my butt hurt, and I also know that I was truly amazed to see that bucket sitting upright in the sea of plums and red juice.

Something was in control.  Maybe it was the hand of God that held that bucket, cuz ya know, they say God doesn't give us any more than we can handle.

I'm thinking the whole bucket of plums coulda been over the top.

Well, I lay there, thinking about the pain and shouting obscenities.  Next thing I heard was, "Are you okay?"  Bill had come from the living room to see what had happened.

By that time, I was sitting and thinking of how I was gonna get up with those Crocs in all that juice.  So, I told Bill I was just going to sit there and assess.

Somewhere in that time, I also heard a ping on the phone.  It was Annie.  She had sent a photo.  It was her BACKPACK, not the gray suitcase.

Kinda funny to think that she probably got her backpack about the same time I hit the floor---around the world from each other.

I was hurting but happy as could be for Annie. As Bill stood near the island stifling his laughter, I handed him the phone and told him to document this.

After all, the lesson of a humor writer is to seize the moment, even if it's in a sea of cooked plums.

I did discard my Crocs and then took my time rolling over, pulling myself up and then cleaning the mess.

That took some careful planning, but I got her done.

The plum concoction is still in the green bucket this morning,  waiting for jelly-bag attempt No. 2, which will not be done in Crocs.

On a pleasant note, we did enjoy our dinner at Jalapenos last night.  Then, Bill and I strolled over to the 219 patio where my friend Chris and her SHS Class of 1967 were enjoying their 70th birthday gathering.

Fun visits and a great group of mostly familiar faces.

There's much more, but it's Saturday, and I'm sure there's more trouble to be found in this crazy world.

So, I'll try to wear the proper apparel, especially on my feet, and go find it. 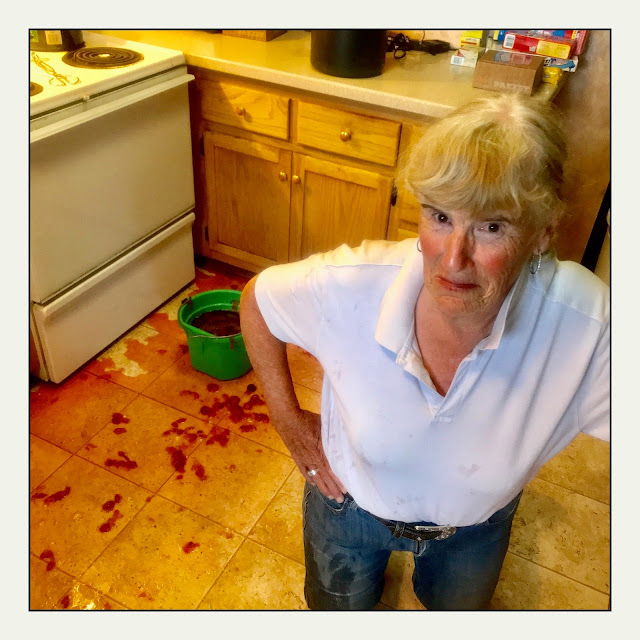 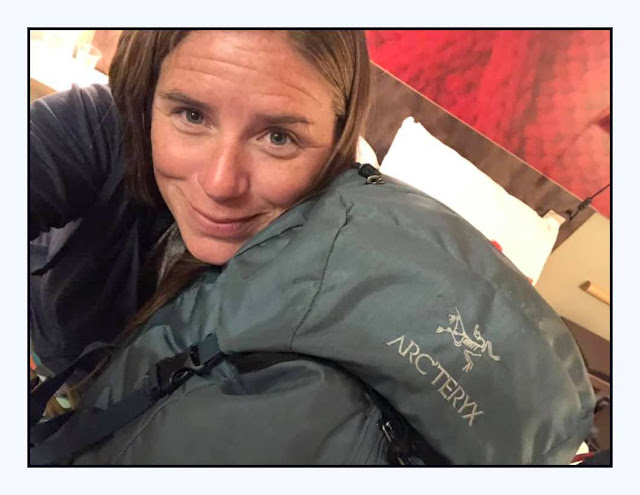 This trip has been great but I’ve had a lot of stress with the travel side of it. Not only was my first flight canceled which cost me miles and money to fix, but then leaving Santiago they forced me to check my backpack.

I asked if I could take it with me because I had a very tight connection in Madrid, which I *barely* made. Then in Manchester my Camino pack wasn’t there.

This meant that I had to buy an entire set of clothes and shoes to be able to join in the plans I had made for hiking to Scotland’s oldest cache. But it wasn’t about the money.

This bag has been with me for three Camino walks. It’s even more special than that though, as I found it by chance one day at an outlet store.

The size of it was exactly what I wanted for a Camino pack, and the color was one of my favorites. But the name. Kea.

It was the same name of my dog that was killed in front of my eyes. I knew finding the bag was a sign that my pal Kea had my back while I walked 500 miles across Spain.

This bag has been with me for 800 miles of walking between  three Caminos and traveled with me over four continents.

Inside were my credentials with the stamps I collected on this latest walk along with my compostela. Things I could never replace.

The cost of getting new clothes and toiletries was nothing compared to what this bag and those physical keepsakes of the amazing walk I just took mean to me.

My sweet Kea is back with me now. 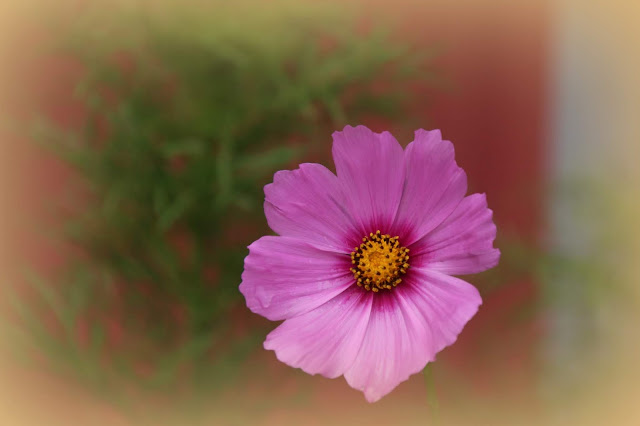 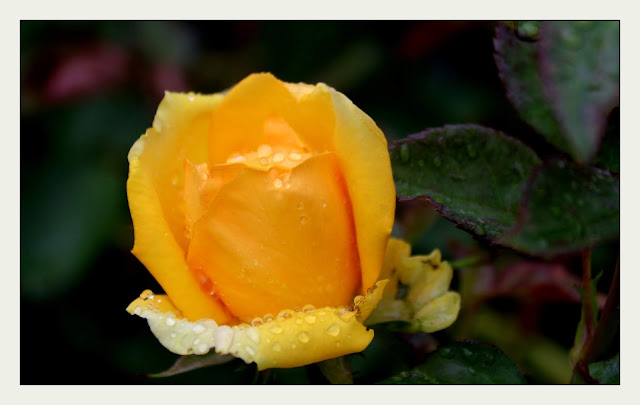