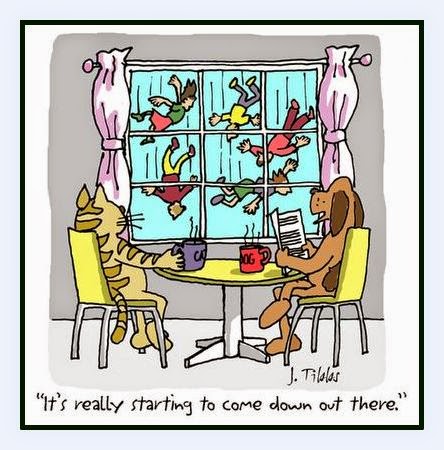 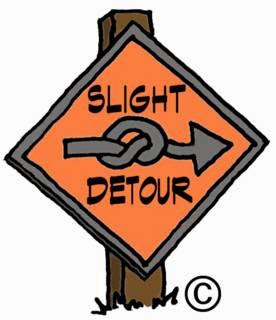 George W. Bush had just been elected for his second term President.

Martha Stewart was going to jail.

We lived on a ten-acre farm on Great Northern Road with our horses, Rambo and Casey, Labrador dogs Ebbie and Annie and cats Festus, Licker, Fuzzy Wuzzy and Lonesome Love.

After graduating from Boise State University, our daughter Annie had moved to Seattle where she was working at the Lake Union Courtyard Marriott.

Meanwhile, Willie was working in Newport as a reporter for the Gem State Miner, while his wife Debbie was finishing up her college degree at BSU.

Bill was still working for the State of Idaho as a woodland forester.

I was in my second year of retirement but still freelance writing.

I had just completed one of the stories of my life for Sandpoint Magazine, featuring actor Viggo Mortensen.

My good friend Helen Newton was wrapping up her final months as Sandpoint City Clerk.

We were still receiving daily print copies of the Spokesman-Review where Dave Oliveria had started a new online feature called a "blog."

Turned out to be a bit of a pyramid scheme cuz some of who liked the idea, started our own and the "Blogfather, as we called him, promoted our work in the regional newspaper.


Welcome to the inaugural night of "Slight Detour" coming to you from beautiful Sandpoint, Idaho. I cannot take credit for the title.

That honor goes to my brother Jim, an architect, artist, cartoonist in Grants Pass, Oregon. It's because of Jim and his cartoon series called "Slight Detour" that I have initiated this blog.

I hope that as I learn more about this publishing process Jim's cartoons will begin to appear. At this point, I've followed the three steps to blogdom and have spent some time typing. Let's just see what comes next.

I guess the next step I'll try is to link all readers to my website, where you can find information about my two funny farm books (now three) and read some examples of my freelance writing, including an exclusive interview with actor Viggo Mortensen. So, here goes. Keep your fingers crossed.

Go here:  http://www.mariannelove.com [Note:  this site is no longer active]

Well, it looks like something that can use up a lot of time. I don't know what happens to this, so I don't know how visible it will be. I don't think that I'm ready to do the blogging thing.

First, I don't have that much to say that meets the threshhold of being interesting to others. Secondly, it looks like something sorta time consuming, and I'm not sure that I need another absorbing activity that diverts me from stuff that needs to be done....

Update on Mike's comment from ten [now 15] years ago.  Well, the blog has taken up a lot of time, Mike, but it's been good time.  I thoroughly enjoy the 7-8 a.m. morning slot spent here at the computer.

And, since that night ten years ago, it appears to me that you have gone against your assumptions and spent your own time at "another absorbing activity that diverts me from stuff that needs to be done."

Or, was your book Missile, Missile Missile:  A Personal Experience (available at www.amazon.com in Kindle and hardcover, by the way), published in November, 2013,  on your list of "stuff that needs to be done"?

Whatever the case, I'm glad you took the time to complete and publish the story of your Vietnam helicopter shootdown, et. al.

Well, it's a baby blog, so give me a break. I've got a lot to learn about how all this blog stuff works, and I'm hoping Jim's brains combined with mine will help us get going on this new adventure.

Since we're in a slight-detour mode, we've got an excuse to get off course as often as we want.

Okay, maybe I've figured out one more step in the process. I mentioned that article about Viggo Mortensen in my first post and put my website, but it didn't turn into a link. So, let's try clicking here www.mariannelove.com  [no longer active in 2019]

Hey, it worked. So, if any visitors run across this blog, try that link above.

Yup, it's fun. Two infant blog postings and they don't look too stupid, so let's try a couple of other baby steps. I'm going to send you to another important location.

He's my favorite blogger and cranky conservative, Mr. Oliveria. I owe this guy a lot cuz he's provided some great exposure to my website. He also does a pretty interesting daily web journal, so bookmark him spokesmanreview.com/blogs/nhb/ [no longer active; Dave retired a few years back].

Update ten years later:  As of today, 6,939 entries have appeared on "Slight Detour" since its launch Dec. 4, 2004.  In the early days of blogging, I often started completely new entries, rather than continuing in the same post, so that bumped the numbers up a bit. You'll see the first three entries on Dec. 4, 2004, focused on experimenting on how to match up the entities of the cyber world and to see if it all actually worked.

A lot of time spent writing has led to this milestone.  I discovered, with time and feedback, that I truly loved sitting down for an hour a day and coming up with something out of my head or from my various camera lenses.

Posting on this blog for nearly every day over the past decade has turned into a delightful, sometimes challenging daily discipline.  I think I may have missed posting six or seven times [maybe 10 now] from 2004 to 2014.

Two of those absences occurred when we moved to Selle in 2006 and had to wait for our Internet to be hooked up.

By 2012, the regularity of the blog appearing at just after 8 a.m. each day turned into a necessity, especially thanks to my friend and head daily editor, Helen Newton.  By that time, if I was running late, I could always count on an email around 8:08 or so from Helen asking, "Is anything wrong out there?"

And, so in the fall of 2012 when my sister Laurie contracted viral encephalitis and we spent the night transporting her to and sitting with her dressed in space suits at Kootenai Medical Center in Coeur d'Alene, I left her room around 7:30 a.m. and scurried to the visitors' room to call Helen and to explain why the blog would not appear that day.

She was sworn to secrecy since, at the time, we did not know if Laurie had a contagious variety of encephalitis and did not want to alarm the community.  Turned out she did not, which was especially fortunate because she's an elementary teacher.

This morning I wish to thank Helen and assistant editor Cherry of Sunnyside [she came on board after Helen]  and everyone who has stuck with this experiment for the past ten years.  That includes you, Julie of Orlando, formerly of Selle.

It's been a fun run, and I so appreciate the folks who inspired me to get started---younger brother Jim and Blogfather Dave.

And, I'm especially thrilled these days that blogs have become so common in our social media that-----like the GonZOGa learning curve, people have gradually learned that this medium is not a "BLOB."

Now, for more Jim Tibbs cartoons.  Besides his artwork, Jim is passionately involved in hang-gliding, so much so that he even produced a national hang-gliding calendar with his cartoons.

He has also illustrated some children's books and continues to design beautiful structures in Southwestern Oregon.

I've always envied and admired Jim's talents, even more so this morning when it's so apparent that his cartoons, penned a decade or more ago, remain timeless, thought-provoking and very funny.

Update on Jim:  he's still an architect in Southwest Oregon. 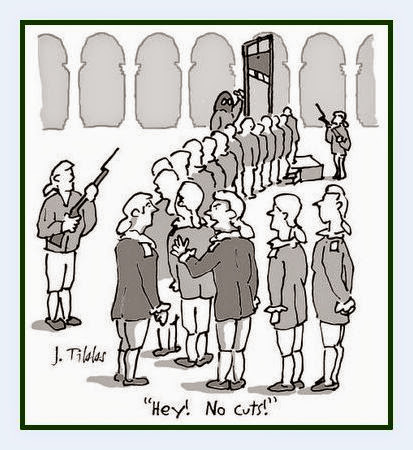 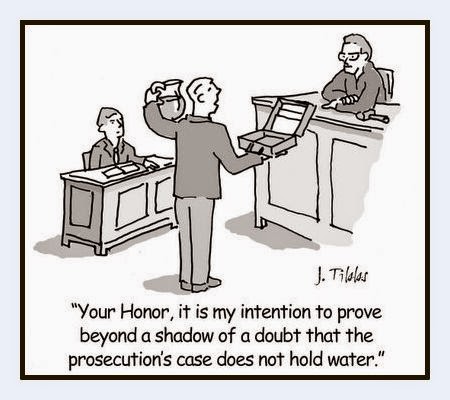 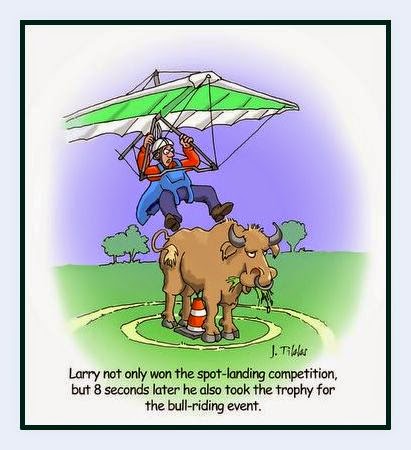 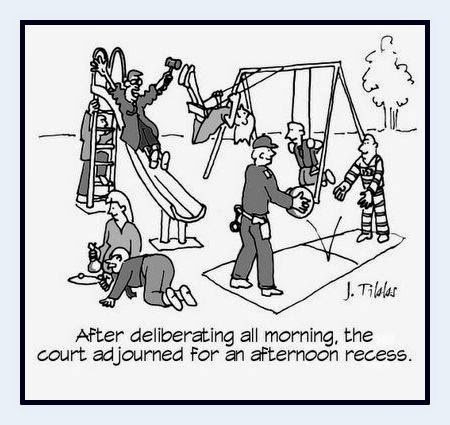 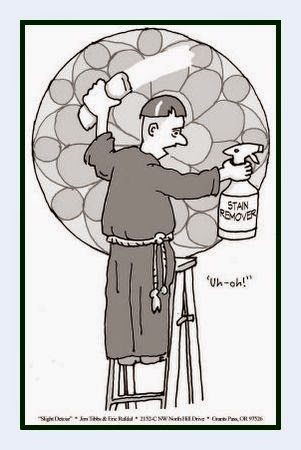 On this 15th anniversary of my blog/blog, I can say that it takes a streak of craziness to post virtually every day for more than 5,400 days.

I'm thinking it has to be a record.

I'm not really sure why I've kept at it this long, but I do know that the positives outweigh the negatives.

It's a morning discipline for keeping up my writing and photography skills.

It's also an outlet for what little creative juices I have.

It's also heart-warming to hear wonderful responses from those who've moved away from Sandpoint, those who love Sandpoint and even those who never ever heard of Sandpoint until they read the blog.

Plus, I don't mind sharing the blessings I experience almost every day while living this life as a "muttering country hick."

It's a fun gig, especially with my latte at my side.


On this celebratory day, I have no idea what the future holds for a blog called "Slight Detour."

Nonetheless, I do know that I love and appreciate my readers.

Moreover, for as long as it seems reasonable to keep taking those verbal slight detours, I'll continue with the same general goals:  make someone laugh, accentuate the positive (yes, with occasional sarcastic quips) or just plain bring a smile to a reader's face.

In my mind, those three items are priceless every day of the year.

Thanks for hanging in there, for your support and for taking these fun little journeys through life with me.

And, special thanks to my brother Jim for providing the initial inspiration:  you need to get back to cartooning, Jim. 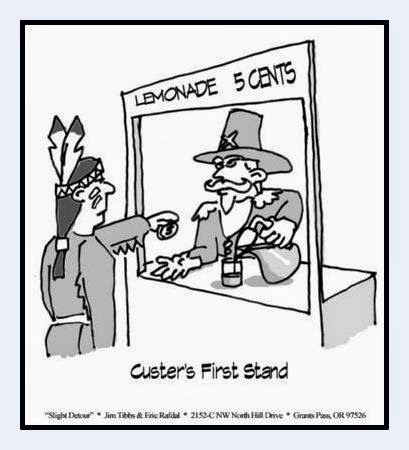