A Visit Next Door 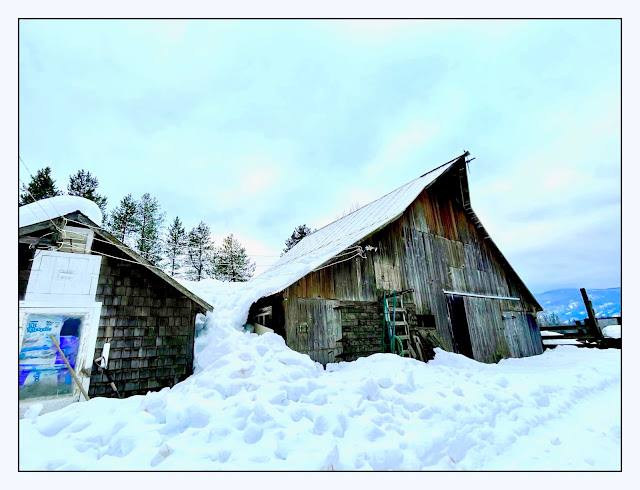 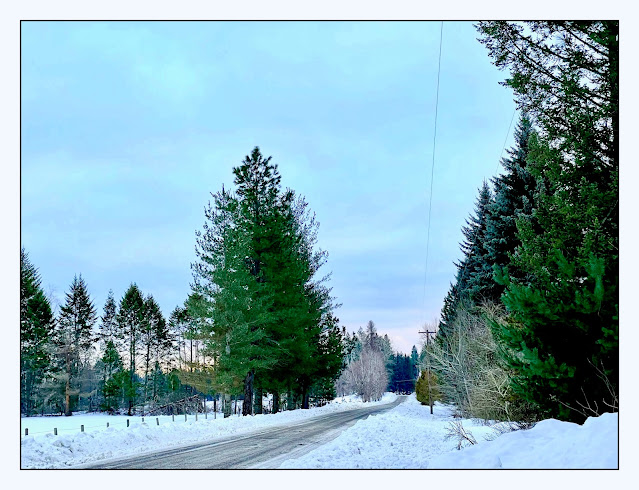 Unless a leap year is its fate,

But all the rest have three days more

Which has six thousand one hundred eighty-four. 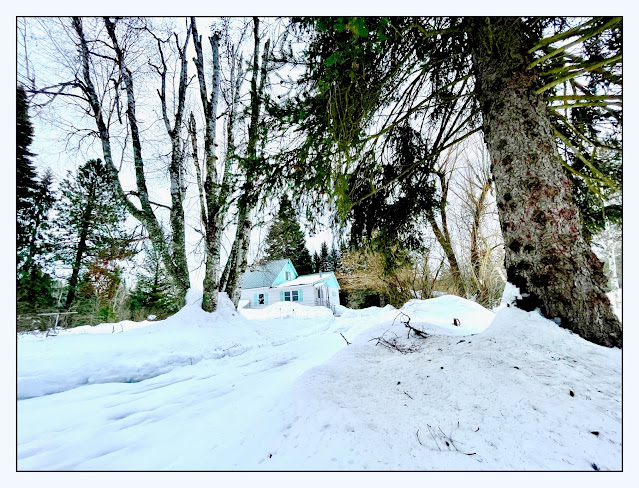 I enjoyed an oh-so-subtle feeling of spring yesterday

afternoon when I went for a walk somewhere besides

down our lane, our driveway or the canyon-like trail to the dog run.

Winter was still abundantly all around, but maybe it was the mild air or the ability to walk on the road without stumbling on clods of snow or slipping on ice.

Whatever it was, the experience felt good, as I made my way to the Merserve Preserve next door.

Last year around this time I was walking all over the Meserve Preserve, which includes 80 acres of open field, swales, a pond and a substantial stand of trees in its northwest corner.

Yesterday's walk, thanks to deep snow, was limited to the driveway, which had been plowed out to the opening of the large pasture area where Bert and Liz Wood keep their cows during the summer.

No need to sidestep the zillions of cow pies right now.  We probably won't see a cow pie 'til at least April when soggy season comes.

Even the steps taken in the driveway past the barn and other outbuildings felt exhilarating.  That's just how limited we've been with recreational walking.

That short afternoon outing breathed an extra sense of life into me, as I thought about the times ahead when there will likely be similar days showing even more progress in thawing and melting.

That will feel even better because the calendar will also be in our favor.

January may be six thousand, one hundred and eighty-four days, and we may be to the five thousand point, but, by golly, we're making it.

My day was also enhanced by the completion of an order for red geranium and some sun gold tomato seed, the latter of which my friend Shiraz introduced to me a couple years ago----or was it three?

I keep hearing from others and do experience it myself the phenomenon of feeling confused about whether something happened last year or two years ago or was it before the Pandemic.

I think Pandemic life has messed with our sense of time and maybe even our timing.

What's the hurry about getting through this day?  You're not going anywhere or doing anything this evening, so why not just slow down.

Still, I think it's pretty universal for those of us who live in the land of gray and white for several months to want time to move a little faster, and the consensus is that January can do just that.

What I really liked about not going anywhere or having anything pressing on my schedule yesterday was the January excuse that we could be couch potatoes and watch sports on and off throughout the day with no sense of guilt that we should be doing something else.

It was a good sports day on TV, and I put in a few hours glued to the tube.

Bill and I actually made a little Saturday night party out of watching the Green Bay Packers and the San Francisco 49-ers.

He brought home a menu for Powder Hound Pizza.  I looked it over and we then agreed on what we wanted. He drove to town and brought home the pizza as the game was wrapping up the first quarter.

So, we sat, with dogs watching and begging, and enjoyed our treat with a can of beer to make the scene more partylike.

Not much but good enough for me, another January day completed, and now, according to my proportioning skills or not, we have only one thousand, one hundred and eighty-four more days of January, 2022.

And, by golly, there are some more good football games today. And, "All Creatures Great and Small" is on PBS tonight. 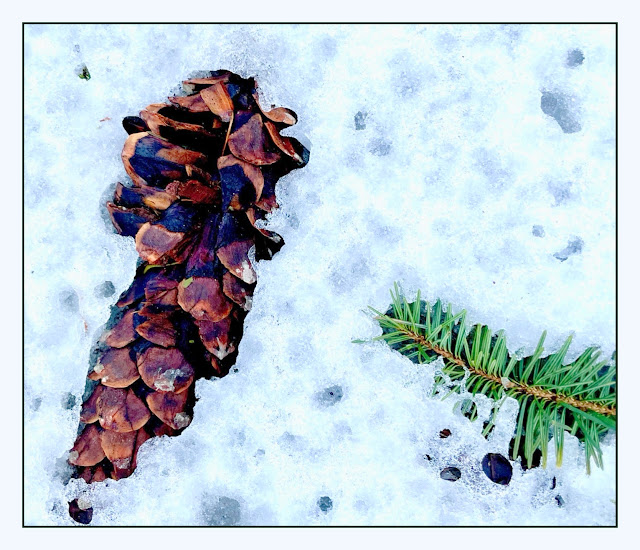 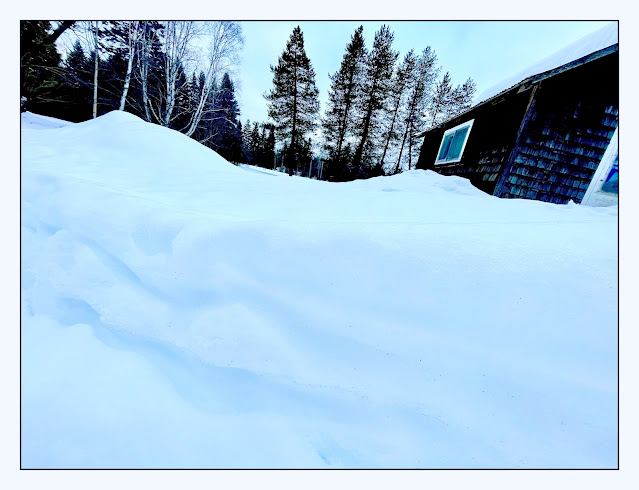 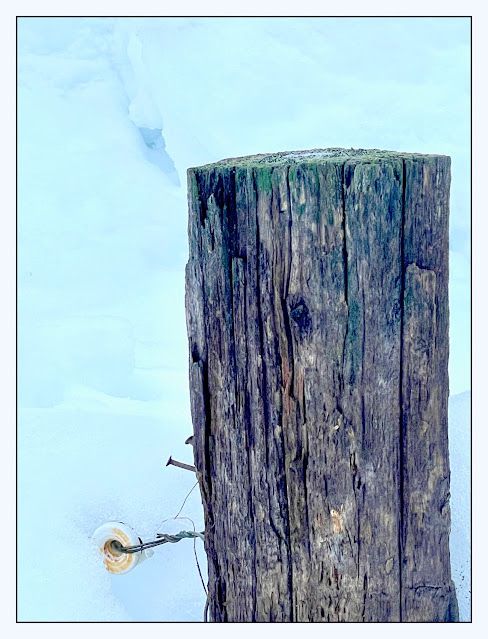 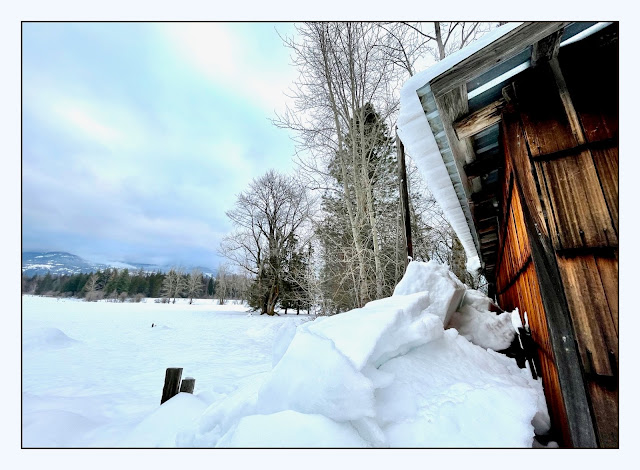 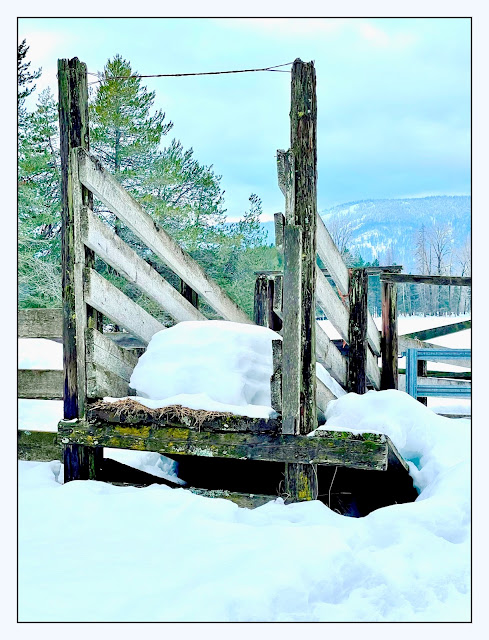 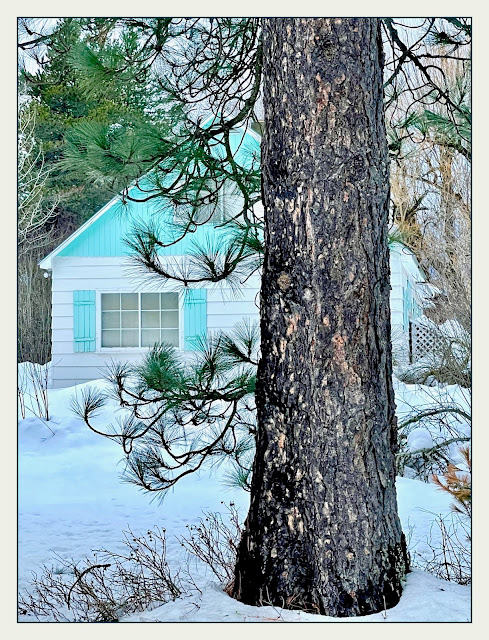