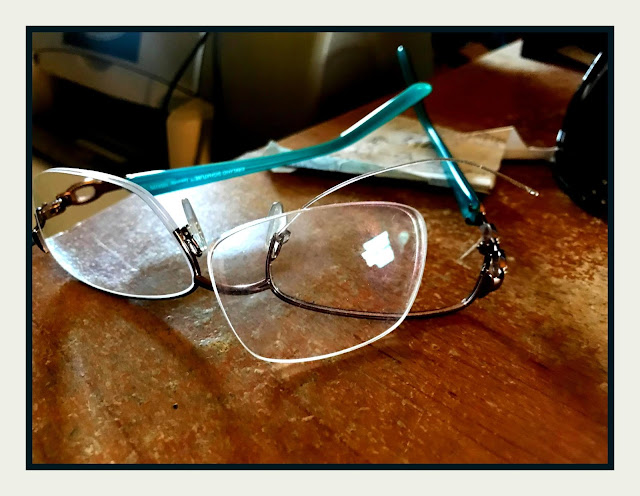 I can see clearly, even though I'm looking through just one lens.

The left one is intact while the other is sitting on my computer desk.

That silver wire?  It's hanging in a downward slope right next to my nose.

Guess my close-up vision on that side is good enough to see it in a bit of a silver blur.

Yup, it's Update Monday, I guess.

The glasses are going in for repair.

The Subaru is going in for some sort of maintenance.

All the photos I was planning to use for today have been edited and readied for publication.

Sadly, those photos are on the computer which has 77 percent more stuff to update.

Even on my laptop, the virus program wants to me to shut down the computer so it can update.

I told it to wait four hours.

Just got an update from Annie who landed in Dublin a couple of hours ago, after flying from Manchester, England, where she spent the weekend at a Geocoinfest.

It's now late in the afternoon in Dublin.  Annie's long flight back to Seattle begins in about an hour. 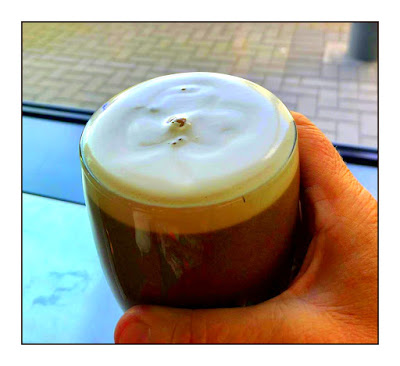 So, of course, when you have a layover on the beautiful Emerald Isle, where God and Guinness go hand in hand, you've got to partake in the country's pride and joy.

I just received another update:  don't buy a ham and cheese croissant with plans to take it through customs in Dublin.

"I literally had to throw the ham away at the customs counter," Annie wrote.

Well, maybe the cheese croissant will tide her over as she begins the 8-hour flight back home to Seattle where, yay, the Seahawks won their season opener yesterday.

Another update:  yesterday meant success for this ill-fated clutz with those ill-fated plums.

Those which chose to remain in the pot rather than being scooped up and thrown in the compost bin had the opportunity to move on to the next phase of their existence:  beautiful red jelly in the jar.

After my kitchen floor debacle, I took some of my gear, including the jelly bag OUTSIDE for straining the juice from the plums:  a lot less stressful and no mess!

I'll probably do that phase outside from now on.

I sampled the newest batch of jelly on some homemade bread last night, and it hits the spot.

Now, I suppose Tom, who loves jelly in the belly, will expect a jar of this batch.  Tom, I'll stop by, and I'm thinking that should keep you stocked up for some time.

I hate making these changes, but I prefer the inconvenience over the lament of not having two of our most-watched channels during the winter months.

So, I talked with my friend and former student Lenny last night from 7B TV, and he's gonna get us set up and back in business as soon as possible.

My thoughts on this:  all that deregulation has led to the corporate world getting the green light to do as they damn well please, in the name of the almighty dollar.

I'll be happy to be working with a local with this situation, and I'm thinking that's the only way to go these days.

It's the local folks who have to look us in the eye as opposed to the unknowns who every time we call, we get another unknown.

Finally, as I draw this post to a close, I can report that my desktop computer has reached 89 percent of its updates.

Seems a little strange in this age of computers which was supposed to save us so much time that I have been able to do an entire blog post in the time my "lightning fast" computer updated another 66 percent.

Glad I didn't wait for it to finish to start the blog.

Happy Monday to all.

By tomorrow, all these concerns will be "so yesterday," and other frustrations will take their places. 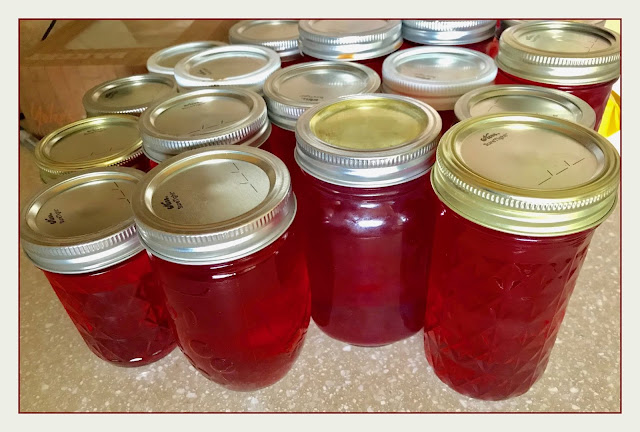 We don't have those computer issues running Linux Ubuntu....Haven't run windows in over 13 years, and have no plans to go back to it. First thing that happens with every computer in this house is that we blitz the hard drive and install Ubuntu....makes for a happier cyber life...:-)