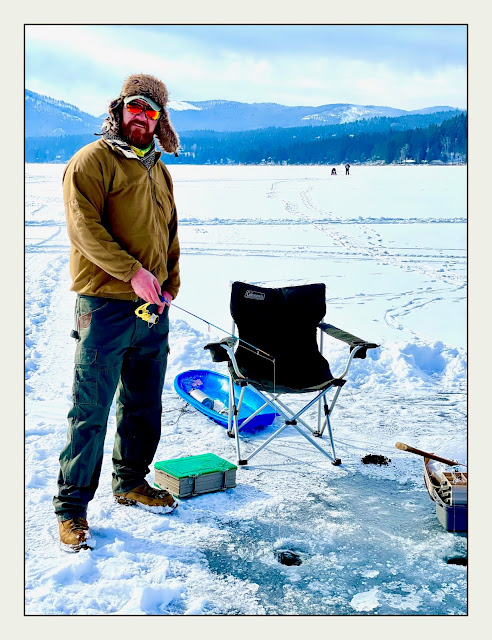 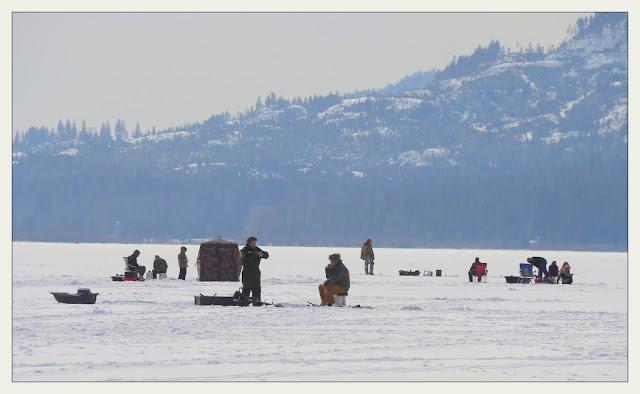 Feb. 18, 2021:  A Day Overflowing with Joy
Nice to have those every once in a while, especially when all you have to do is spectate while others do the work.
That's pretty much the story of my day which included:
watching people ice fishing while soaking up the February sun,
watching members of the geocaching community, many in their nerdy tinfoil hats, spectate on ZOOM as NASA continued to report a successful landing of Peserverance on Mars,
listening to radio station KSPT-1400 as Willie's Bulldogs earned their first victory at State
and finally watching ESPN as the ZAGS easily took victory No. 21.
Certainly not a slouch day, by any means.
When Bill came home from Costco the day before yesterday, he suggested I take a drive out to the north end of Cocolalla Lake, which is south of Sandpoint, and take pictures of the ice-fishing community.
The mere suggestion sounded like a winner to me, so yesterday after doing my late morning chores, that's exactly what I did, knowing I'd be spending the afternoon thinking about Mars and basketball.
Upon arriving, I found the last place in the parking lot and walked down to the lake where numerous groups of anglers had assembled their chairs, tents and other gear for a day of hooking some perch.
Though walking across the ice with a coat of about three inches of snow was easy, I took my time, making sure to stay upright.
The angler closest to shore looked as if he'd just gotten set up for his day on the lake.  His name was Sean.  He's retired from the Seabees and owns property north of Sandpoint.
Sean and I talked gardens and a variety of other subjects.  He was beginning to think he may have set up in the wrong place because the fish weren't biting.
It was a delightful visit, and knowing I was on my own time clock, I followed another ice fisherman back to shore.
Turns out he's retired from Idaho Fish and Game, and he had caught enough perch to last night's dinner.
Ned Horner always makes sure he does a thorough job fileting his perch so the grandkids can enjoy them.
I told Sean that if I had more time, I would probably circulate among the crowd and maybe run across a few former students.
Looked like a great day for the sport.
Then, it was back to Sandpoint where Perseverance was supposed to land on Mars five minutes before Willie's game began.
I received a message from Annie, inviting me to join her geocaching ZOOM session.  Participants were signing in from around the world AND many donning their tinfoil hat creations.
The host kept the action going as the group awaited messages from NASA.  As you'll read in Bryan Roth's message below, the Mars Rover landing was a BIG day for the worldwide geocaching community because it signals the first geocache outside this world.
Annie participated in the project with the code that is used for the virtual geocache now on Mars.  So, we, of course, were excited for her.
Well, once Perseverance had landed, it was time to listen for some perseverance from Meridian, Idaho, where the girls were tipping off.
And, by golly, Peseverance was there in a big way for the girls who had ridden three different buses to Meridian the day before because of a breakdown in the Tri-Cities.
A little bus problem and no opportunity to practice must have spurred on the Bulldogs because they soon took the lead and kept it throughout the game.
Shortly into the game, I kept hearing a name from the Columbia team:   Nottingham.
A lightbulb clicked on.  I wondered:  is that Richard Nottingham's daughter?  Richard, who grew up in Sandpoint, was one of Bill's Boy Scouts in Troop 111 and one of my former English students.
He's also a Facebook friend, so I sent him a message, asking if his daughter was playing against Willie's team.
"Yup," a quick response stated.
So, Richard and I exchanged a few comments back and forth, and later, after the game, he walked up and introduced himself to "Coach Love," whom he probably hasn't seen for more than 30 years.
Naturally, the "small world" situation thrilled Bill, and I can tell you that Richard's daughter is a star.  She led her team in scoring and just about everything else.
Happily, the Bulldogs won, and they'll be playing a perennially TOUGH team from Century later this afternoon at 4 p.m. PST.
If they can win that one, they'll go on to the finals.
Congratulations, Sandpoint players and staff. Keep up the good work.
GO, BULLDOGS!!!
Our day of spectator overload ended with Gonzaga easily taking its 21st victory for the season.
With the ZAGS, most games involve not so much the winning but what the next exciting and almost unbelievable play is gonna be.
Even when they're 20-30 points ahead, the action is still captivating.
We fans have been so blessed this year, and we'll be watching again tomorrow when they take on San Diego in the Kennel at 5 p.m.
GO, ZAGS!!!
Indeed, yesterday was certainly a banner day to be along the sidelines, watching amazing moments in history, in sports and in just plain day-to-day wintertime fun.
The best part for Bill and me was feeling the pride of having a couple of pretty cool kids involved in some of that action.
Yay, Willie and Annie!
Happy Friday. 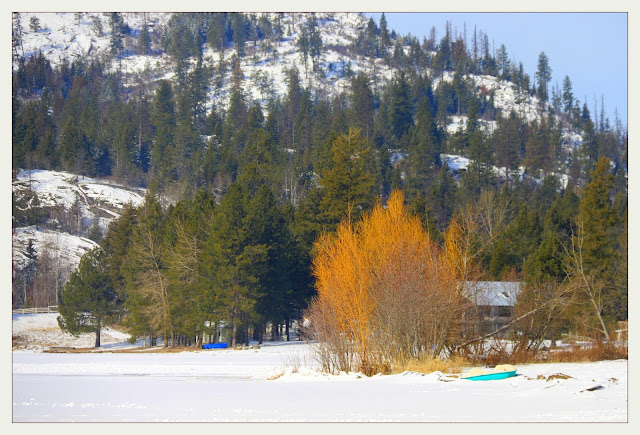 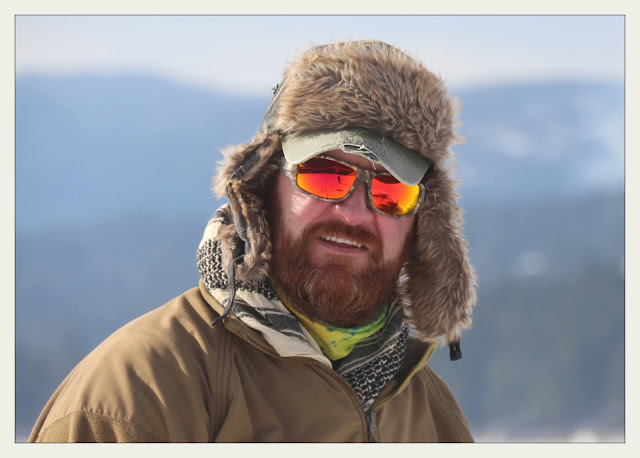 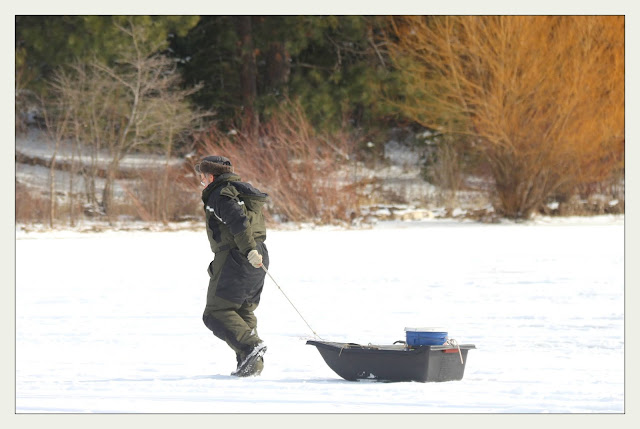 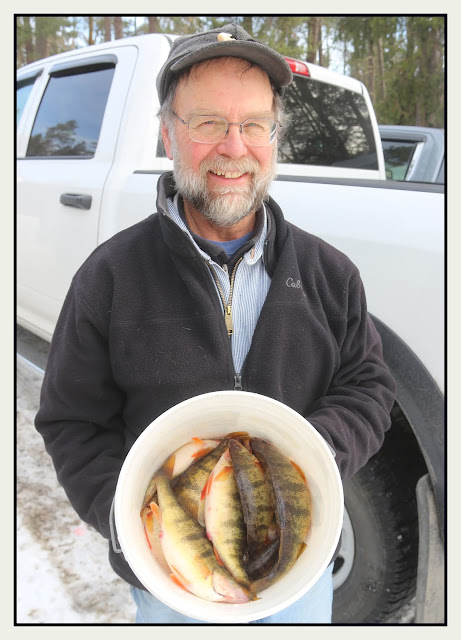 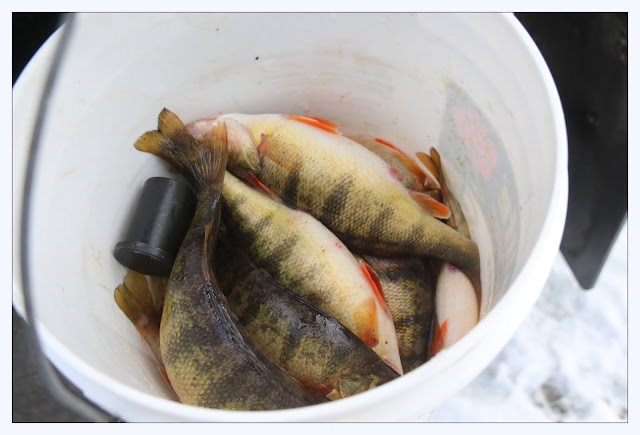 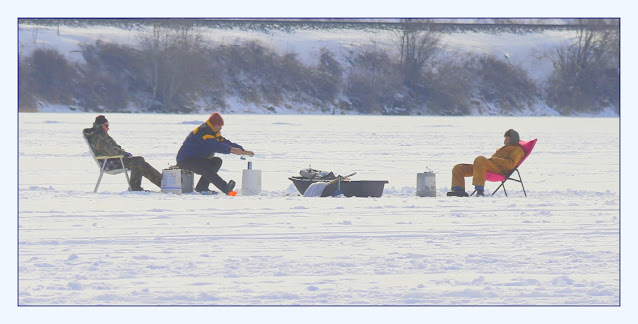 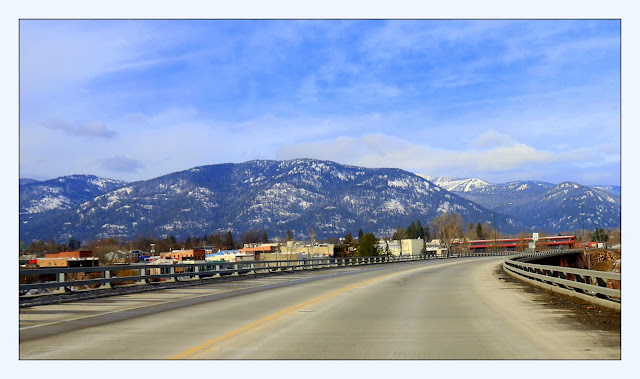 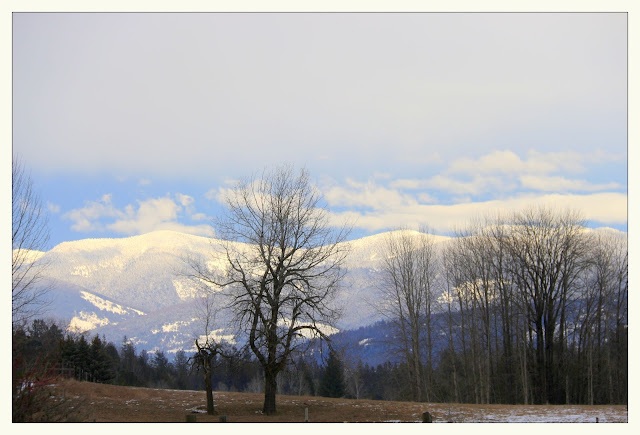 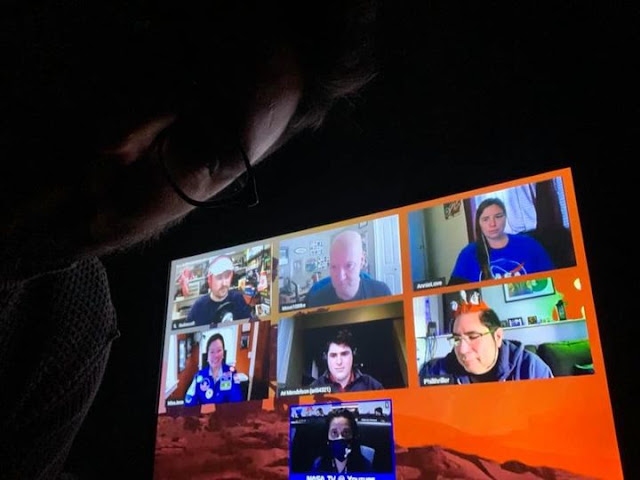 from Bryan Roth
President and Co-Founder of Groundspeak, Inc. 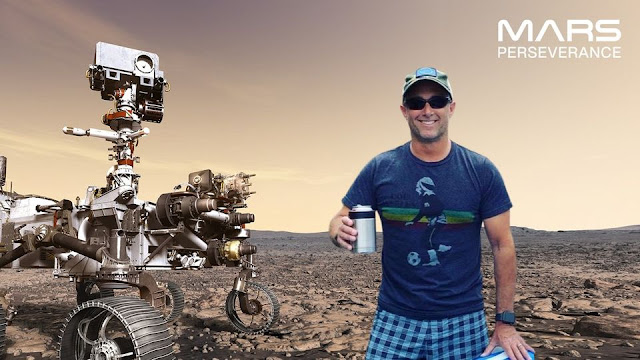 Earlier today, NASA’s Mars 2020 Perseverance Rover successfully landed on Mars.
The Perseverance Rover includes a Geocaching tracking code and the word 'Geocaching' on it's calibration target - effectively putting the global community hobby of Geocaching on the surface of Mars.
Longtime geocacher Dr. Francis McCubbin (mikbalt) is a member of NASA’s Mars 2020 SHERLOC instrument team who played a big role in this geocaching milestone.
I believe he said it best when he said,
"Geocaching has officially expanded its impact beyond the orbit of the global positioning satellites from which it emerged."
This is another wonderful milestone for everyone in the global community to share.
Congratulations
to NASA and all of the scientists, engineers, and others who made this moment possible. And,
congratulations to Geocachers everywhere!
Here's our new Mars Rover Geocaching Landing Page where you can learn more about the Perseverance Rover and the history of Geocaching in space:
https://www.geocaching.com/promos/perseverance
Cheers, and welcome to Mars! 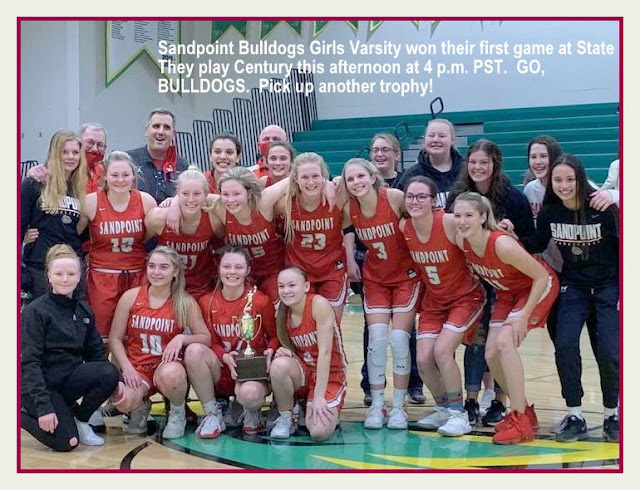 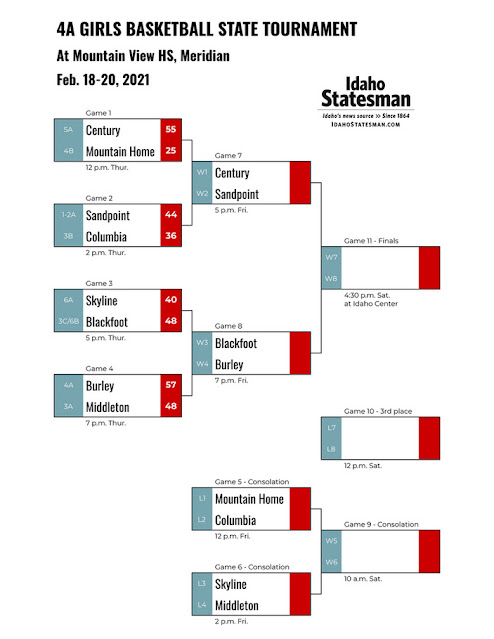